Free Shipping On Orders Over $120

Track An Order
Request A Call 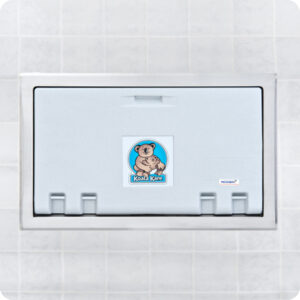 Koala corporation is expanding throughout the world and constructing a portfolio of products and solutions that echo the values of its brands: accessibility, easy solutions, and internal growth. Koala corporation has become an almost sole-service provider within its industry.

Koala was established in 1986 by four businessmen from Minnesota. Originally the company was known as J-B-J. From the beginning, they focused on one core product, a baby changing table.

In 1995 Mark Betker joined the company as president and CEO. He would later go on to become the chairman of the company. He lead Koala to maks significant changes in 1996 when it acquired “Activities Unlimited,” a manufacturer for children’s retail stores as well as play stations. This marked a new beginning for Koala.

Koala would come to be well known for manufacturing many famous infant products, but the company’s most innovative and revolutionary product is its baby changing stations.

As a wise person once said: “necessity is the mother of all inventions.” Koala’s signature product, the Koala Bear Kare baby changing station, is the pride of the corporation. Koala Bear Kare products were developed due to the need for parents to have a hygienic, private place to care for their infants and babies when they needed changing on the go.

This product had features that families need in public restrooms to care for their young children. As modern families became more and more active, they were taking their babies and young children along to public spaces. It was becoming difficult for parents to leave their infants or children home while they finished their tasks and finding babysitters was not always an option.

Over time, it became commonplace for families to have young children in tow at grocery stores, shopping malls, and entertainment venues. The problem was that there wasn’t a place to change diapers in public restrooms which were often small or unsanitary. Thus the idea for a baby changing station came to existence.

One of the four founders of Koala, a medical device salesman named Jeffery Hilger, came up with the ingenious solution. The idea was to develop a standalone product – a folding table which could be able to attach to walls in restrooms and different areas so that parents could place their young children on the tables to change their diapers safely and privately. When not in use, tables could be folded back into the wall so they didn’t take up space.

Today Koala Bear Kare baby changing stations can be found in nearly every public restroom. The product’s features include:

The simple essentials that Koala Bear Kare baby changing stations provide are now considered basic amenities in public restrooms. The initial design of baby changing stations by Koala corporation has not changed much over the years. It’s made up of polyethylene and steel with rounded ages for safety. It’s compact and can be installed in small restrooms as well as more spacious restrooms.

By today’s standards, these stations are considered as a necessary convenience by many establishments wishing to provide a family-friendly environment. Many retailers around the world are installing these stations in both men’s and women’s restrooms so busy parents can easily care for their young children’s most basic needs. Installing a Koala Bear Kare station has become a sincere symbol that shows businesses care about their customers.

No products in the cart.

Add Another Item To Cart